Good luck to all competitors and countries competing. We will barracking for all Australians as well as the progress of ONE WAY’s very own XC-Skiing Champion Mr Dario Cologna (as one of many champions). 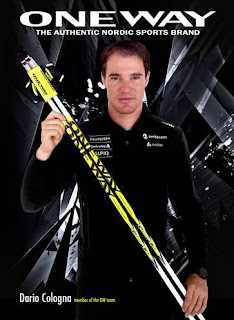 One of the most famous Cross Country Skiers of the present day is Dario Cologna. He is a 26 year old from Switzerland who has won the World Cup three times, one Olympic Gold medal and three Tour de Ski trophies.

Dario uses poles from and is a supporter of ONE WAY, as well as an active ambassador of Nordic Sports in general. He is still at his competitive best, so it will be interesting to see how he fares in this event. We wish him luck!

The Australians who will be competing at this year’s Championships include:


We are very proud to have these athletes flying the flag for us. Go Aussies!!

Finally - a funny impression of the Australian XC-Ski Team preparing for the upcoming championships:

The one-piece OneWay Nordic Walking Poles are fantastic poles! They have great straps. All the cheap/flimsy collapsible 2-piece and 3-piece poles from China don't have these quality straps.

One-piece poles that are sized correctly will ALWAYS prove to be far superior in every way to cheap/flimsy collapsible poles that rattle, vibrate, gradually collapse and fail unexpectedly.